The best that Canada has to offer in the redevelopment of brownfield properties across the country were honoured as part of the 22nd Annual Brownie Awards, presented by Actual Media in collaboration with the Canadian Brownfields Network (CBN). The event was held at the Delta Hotel by Marriott in Toronto.

Dedicated to the rehabilitation and revitalization of sites that were once contaminated, under-utilized, and undeveloped, the Brownie Awards provide annual recognition and celebration of brownfield projects, people, and policies across the country. These renewed residential and commercial projects contribute to the growth and resilient recovery of healthy cities and communities.

This year, the Brownie Awards committee, composed of a range of senior-level industry stakeholders, has elected to introduce the new award category of Refocus in order to highlight the efforts of brownfield projects or programs that demonstrate alignment with broader social initiatives and mandates.

“The redevelopment of brownfields provides important economic and environmental opportunities to create cleaner, safer, and more socially vibrant communities,” said Christopher De Sousa, chair of the Brownie Awards jury and past president of the board of directors of the CBN. “We’re proud to honour this year’s well-deserving award finalists, and to celebrate their outstanding achievements at this year’s Brownie Awards gala.”

The City of St. Catharines has one of the oldest community improvement plans in the Province of Ontario. The City of St. Catharines Community Improvement Plan (2020CIP) is a set of financial incentive programs offered by the municipality to the private sector, to help offset a portion of project costs related to redevelopment, reuse, and rehabilitation of the built environment and brownfield remediation. 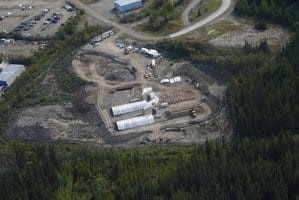 The Marwell Tar Pit, located in an industrial area adjacent to the downtown core of Whitehorse was the largest single‐source hydrocarbon contaminated site in the Yukon. In the 1940s, it was used as a disposal location for waste tar generated from a decommissioned World War II oil refinery and later as an unpermitted dump site for liquid wastes remaining exposed until the early 1960s when it was capped with gravel and cleaned up to commercial/industrial standards. Remediation involved an innovative cost-effective environmental soil treatment called enhanced thermal conduction. 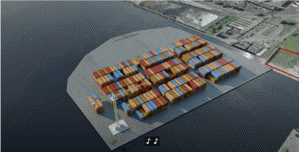 The Randle Reef Remediation project is an example of successful partnership and collaboration to move economic and ecological regeneration of a contaminated brownfield site forward through to cleanup. As the largest contaminated sediment remediation project in the Canadian Great Lakes, funding for it took shape through a shared vision to regenerate the harbour and agreement by multiple parties to contribute to the projected $139 million cost of the remediation.

The project property is the location of a former police station. Given the presence of known contaminants, the project and design team assembled specifically included environmental consultants to ensure the modular housing development plan including identifying an approach that would fully address the contamination issues but also allow the project to be completed as quickly as possible. This brownfield development involved employing innovative modular construction techniques, resulting in the construction of a three-storey building containing multiple units offer support services to provide permanent, affordable housing to people experiencing or at risk of homelessness. 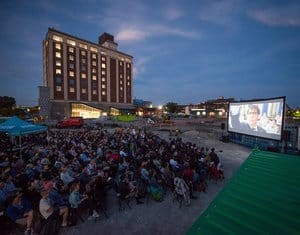 The Auto Building was the subject of numerous development schemes prior to the decade during which it was vacant. A high level of public concern surrounded the site, and there was significant community interest in seeing a commercially viable solution that would also offer housing, employment, and amenity to the Lower Junction community. This project serves as a model for other architects and developers, whether working with vestigial industrial buildings or new-build structures, in the application and interpretation of municipal guidelines for preserving employment land and significant heritage assets. 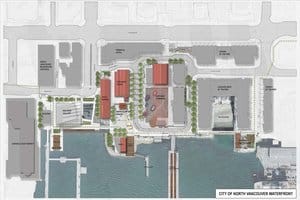 Activities from historical use as a shipyard produced metal and hydrocarbon contamination on a waterfront site in North Vancouver which required a multi-year environmental clean-up to bring the brownfield site up to numerical standards with removal of contaminated soil and risk assessments to protect human health and the environment to prepare the site for redevelopment.  The area has transformed into a vibrant residential area around the site and residents are able to utilize the various restaurants, cafes, shops, and public spaces that offer outdoor seating and year-round programming. 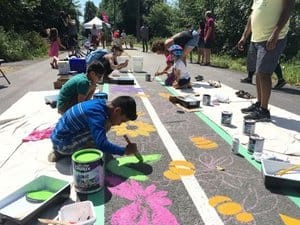 The Arbutus Greenway Design Vision envisions the transformation of a 9km decommissioned rail corridor compromising 42 acres of open space into a destination which fosters movement and rich social interaction inspired by nature and the stories of the places it connects. By planning for a streetcar, the greenway makes way for future transit investment and transit supportive land uses in some of Vancouver’s lowest density neighbourhoods. When the design vision is realized, the greenway will make space for native planting, songbird and pollinator habitat, rainwater management, rolling and walking, and a series of public space destinations. 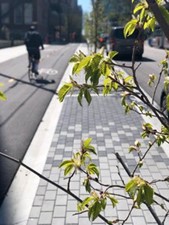 Richards Street is Vancouver’s first example of a blue-green system, an eight-block system that incorporates rainwater tree trenches and permeable pavement alongside an all ages and abilities separated bike lane.  This blue-green system adds more than 100 new street trees that help manage and treat 15 million liters of rainwater runoff annually, diverting 11 million liters of urban rainwater from the sewers each year. 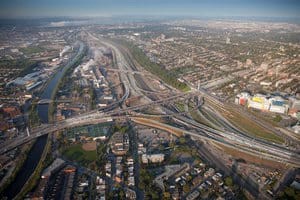 Stemming from a complex contamination heritage, an incredible volume of 3.2 million cubic meters of contaminated soils was remediated, from which a vast majority was kept safely on-site through a risk-assessment approach. While maintaining a daily traffic of an average of 300,000 vehicles, the construction crew rebuilt four interchanges and 145 km of roadways including bike paths creating additional space for public transit, pedestrian transportation, and green space. 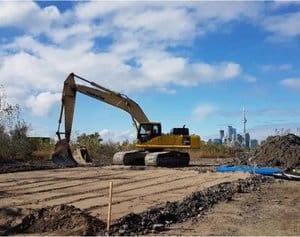 The treatment technology evaluation program for this brownfield project was part of a larger initiative to unlock 356 hectares of contaminated land for transformation into a vibrant mixed-use community in close proximity to Toronto’s core. The program involved the selection, assessment, and documentation of 11 innovative technologies which have the potential to be part of the ultimate remedial action plan for the Port Lands project as well as other brownfield redevelopment sites across Canada.

BROWNFIELDER OF THE YEAR
Monisha Nandi 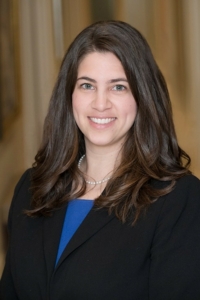 Monisha Nandi is the environmental director at Kilmer Brownfield Management and a champion for brownfield redevelopment, both as a volunteer and practitioner.  Monisha is a long-time member of the board of the Canadian Brownfields Network (CBN) and served for many years as the chair of CBN’s technical advisory committee and the Brownie Awards judging committee. She is also an active participant of the Ontario Environmental Industry Association’s Brownfield Committee, supporting outreach, advocacy, and cross-collaboration activities between ONEIA and CBN.

Monisha possesses a range of professional experience in the public and private sectors, having represented industry, legal, consulting, and development elements of the brownfield revitalization process. She is uniquely qualified to approach brownfield redevelopment holistically, recognizing all the various factors that can impact a brownfield project and dictate its likelihood of success. Monisha frequently shares this knowledge through public speaking opportunities, demonstrating an exceptional ability to communicate technical, legal, project management, and other business issues to a diverse audience. Through her outreach work and engagement with CBN and ONEIA, Monisha actively promotes the use of brownfields as part of strategic urban revitalization planning.