The winners of the 2021 Brownie Awards were revealed on November 14th during our event hosted by the Canadian Brownfields Network (CBN) and Actual Media Inc. Winners were selected from projects across Canada that were nominated in seven categories of recognition including REPROGRAM, REMEDIATE, REINVEST, REBUILD, RENEW, REACH OUT and REFOCUS. The evening also included awards for Best Large, Best Small, and Best Overall Project, the winners who were chosen from the nominated projects. The event culminated with the awarding of the Brownfielder of the Year, which recognizes individual excellence in the industry. 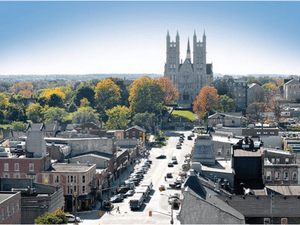 Recognizing the significance of Ontario’s incoming Excess Soil Regulation (O. Reg. 406/19), the City of Guelph proactively initiated the development of contract specifications that would align construction projects to the regulation, as well as a plain language guidance document intended to guide the city’s project managers in their understanding of the regulation.

This project provides a model of excellence for other regional and municipal governments, serving as a template for both the development of contracting specifications, as well as tools for informing and educating municipal staff. 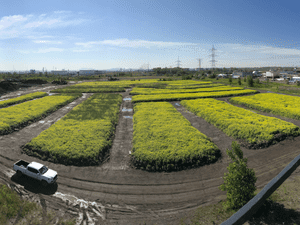 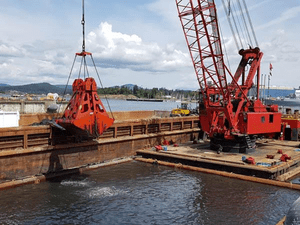 The Esquimalt Harbour Marine Remediation project was initiated to address harbour seabed sediments that had been contaminated by historical commercial and military operations.

The purpose was to regenerate the health of the harbour through the disposal of contaminated material and debris, and by retrieving archaeological artifacts and potential unexploded ordinance (UXO). This project provided additional community benefits to the Esquimalt and Songhees Nations as well as to members of other First Nations, with the facilitation of additional training courses, cultural and educational events, mentorship, and charitable donations within the community. 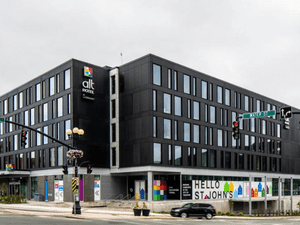 This redevelopment of a brownfield site as a hotel designed through a sustainability lens with eco-friendly principles aligns with broader social initiatives and mandates beyond just brownfield redevelopment.

The project included a prefabricated modular approach that significantly reduced environmental impacts, ecologically sustainable features such as geothermal heating and cooling powered by the ocean, and the display of materials from a historic building that previously existed at the site on in the lobby of the hotel. The presence of this sustainable and eco-friendly hotel has helped to revitalize the downtown core, with benefits to both the local economy and community. 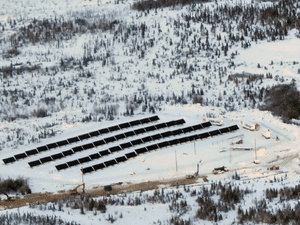 The Northlands Dënesųłiné First Nation (NDFN) project encapsulates this category in its many themes: energy sovereignty, economic independence, environmental protection, climate change resiliency, and environmental racism. This one-of-a-kind project could shape the future of remediation on Indigenous lands by dismantling the colonial systems through energy sovereignty and economic security.

The concepts are transferable to many other nations with NDFN leading the capacity building in other communities. This brownfield project creates a new benchmark for innovative remediation projects in including provisions to avoid future contamination. 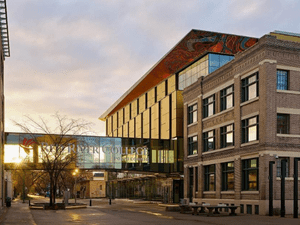 This redevelopment has come about through extensive coordination with City of Winnipeg public works, planning property and development, legal, forestry, parking, and heritage authorities. Red River College brings economic, social and environmental benefits that accelerate the pace of regeneration within Winnipeg’s urban heart, and the inclusion of indigenous artwork helps to promote an enhanced public realm and welcome new learners.

This project exemplifies regeneration and renewal at multiple levels: reinforcing city planning and economic policy for urban renewal, adaptive re-use of a heritage structure, and the full remediation and repurposing of a brownfield building site. 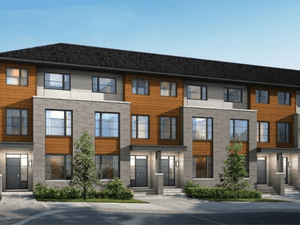 This project involved the redevelopment of vacant, former industrial land as obtainable housing, and demonstrated excellence in redevelopment at the neighbourhood scale by meeting specific housing needs in the City of Guelph, and acting as a stimulus for redevelopment and reinvestment.

The redevelopment of this former industrial area of Guelph is a nod to industrial architecture with a modern flare, producing a strikingly beautiful community, and addressed a neighbourhood eye-sore with a design approach that recognizes and respects the heritage of the surrounding community. 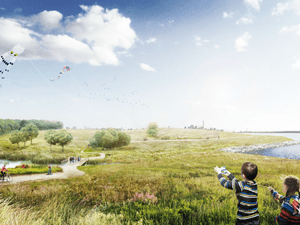 The JTLCA project (Jim Tovey Lakeview Conservation Area, in honour of the late Ward 1 City of Mississauga Councillor) is creating a new natural waterfront park adjacent to the G.E. Booth Wastewater Treatment Plant. The project was initiated to reverse historical losses by creating a 26-hectare greenspace featuring large coastal wetlands, meadows, beach and forested habitats as well as an enhanced shoreline for residents, wildlife including migratory species and fish.

The team has collaborated with the Mississaugas of Credit First Nation (the treaty holders for the lands and waters) throughout the project, attended various community events, and provided tours of the project site. 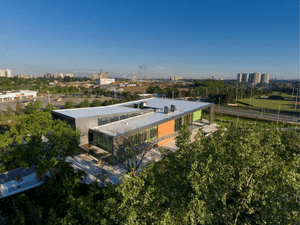 This project resulted in the transformation of a rarely used ball diamond on a residual piece of land. The property had poor access, little exposure and was not well suited to recreational use – however, it was ideally located to serve three lower income neighbourhoods that surround the site. This spurred the idea for a recreation centre that could empower community life and connect neighbours, and serve as a catalyst for urban growth.

Since its construction, the site has been functioning in a successful way, both sustainably and socially, and has become a key landmark for the community that surrounds it. 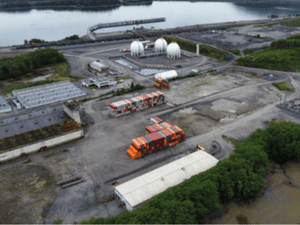 Since 1955, Watson Island operated as a pulp mill facility until market conditions forced its closure in 2001. There were unsuccessful attempts to restart the mill, and it remained unused until its decommissioning and demolition in 2015. The site has been considered a liability and was a significant holding cost for the municipality since its abandonment due to its numerous environmental risks and hazards.

By retaining the land, which was transferred to the city’s wholly owned subsidiary, Prince Rupert Legacy Inc., the City of Prince Rupert is creating an economic opportunity for the citizens of Prince Rupert that will serve as a precedent for future brownfield projects. 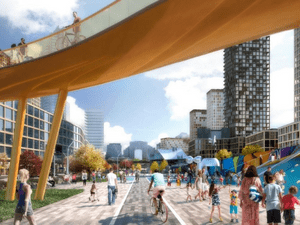 The redevelopment of LeBreton Flats began with extensive decontamination of the soil and the construction of the Canadian War Museum in 2005. Soon after, new residents moved into the first new residential buildings in the area. The Building LeBreton project is founded on important public and economic benefits, such as providing affordable housing, remediation of contaminated soil, creation of parks and public spaces, and supporting transit use and active transportation.

The LeBreton Flats area will become home to up to 7,500 residents and 4,000 workers, and is the result of a multi-decade vision to transform this important 29-hectare site into a complete urban community and Capital destination. 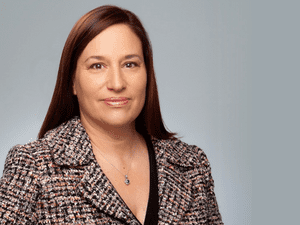 If you work in the environment sector in Ontario, at some point, you’ve heard the name Denise Lacchin.

For almost three decades, Denise has been a stalwart supporter of the province’s environment industry and, more specifically, the brownfield sector. Her professional journey has brought her to several of Canada’s largest environmental services firms, each time gaining invaluable knowledge of the company’s best practices and industry expertise that would help her succeed in her next role.

In her career, Denise has successfully worked with clients in assessing environmental impacts on numerous brownfield properties, ones contaminated with petroleum hydrocarbons (PHCs), inorganics and metals, chlorinated solvents, and low-level radioactive waste (LLRW). She is also an expert in developing strategies for excess soil reuse and remediation that complements their redevelopment objectives.

Denise has been a passionate advocate for the redevelopment of excess soils policies in Ontario, and was significantly involved in the work that eventually led to the creation of Ontario Regulation 406/19. She has been diligent in seeking opportunities to speak to the industry about the new regulation, educating her peers, clients and colleagues about how best to adopt the new policies. She also jointly developed with the Ontario Ministry of Environment, Conservation and Parks at their request, the province’s draft and current Excess Soil regulation and Best Management documents.

Thanks to her passion for the Canadian brownfield sector, many in our industry have learned from Denise – she is well deserving of this recognition. Congratulations to Denise on earning the Brownfielder of the Year!