You are here: Home1 / GARRISON CROSSING 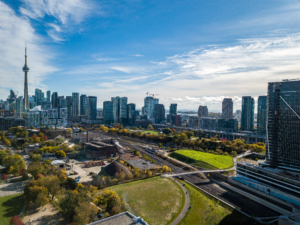 The Garrison Crossing project, completed and opened to the public in October 2019, creates a
vital connection between Trinity Bellwoods Park in the north and the Fort York grounds in the
south and fosters stronger community networks in and around the city, Fort York and the waterfront.