You are here: Home1 / Judging Committee

Glenn Miller, FCIP, RPP is a Senior Associate with the Canadian Urban Institute and co-founder of Strategic Regional Research Alliance. Glenn launched the Brownie Awards in conjunction with the CUI’s annual brownfield conference when he was Director of Education and Research at the Institute. He was editor of the Ontario Planning Journal from 1986-2011 and is currently a member of Plan Canada editorial board. Glenn has also been a frequent contributor to ReNew Canada. 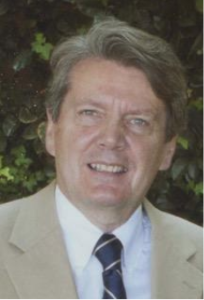 Andrew Macklin is the Editorial Director at Actual Media, and has been involved with the organization of the annual Brownie Awards gala since 2016. A media and communications veteran with nearly 20 years of industry experience, his current role includes managing all of the content development and execution for Actual Media’s platforms in the water, infrastructure and environment sectors.

Andrew has been a member of the Board of Directors of the Canadian Brownfields Network since 2019, and was recently named co-chair of the Board’s Communications Committee. 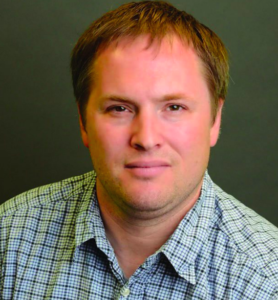 Kathleen Kurtin registered with the Ontario Association of Architects (OAA) in the early 1980s, launching her independent practice, Kathleen Kurtin Architect. Over the next decade, the firm distinguished itself as a mid-sized architectural practice specializing in renovation within Toronto’s downtown core. With projects ranging from very small to upward of 500,000 square feet, her work included various building and client types, including retail, industrial, commercial, institutional and residential. The firm had a reputation for innovative and cost effective solutions, and provided the foundation for the City of Toronto’s Live/Work guidelines. In the mid-1990s, Kurtin joined Scotiabank as its Chief Architect and Director of Design, leading a group of in-house and external architects and designers in the design and development of the bank’s real estate portfolio, both domestic and international.

On retiring from Scotiabank in 2014, she re-established her independent practice. Having participated on the Toronto Society of Architects (TSA) executive in the 1990s, Kurtin went on to become a member of OAA Council in 2013, and has taken on increasing responsibilities ever since. She has served as president since January 2019, with previous roles including Senior Vice President and Treasurer as well as VP Regulatory and VP Practice. Kurtin has chaired the Association’s Audit, Practice and Interns Committees and participated in the Policy Advocacy Coordination Team (PACT) and Building and Education Committees. She was instrumental in establishing the Safe Work Places Committee, which has sought ways to make the practice of architecture for women more equitable. In 2019, Kurtin was appointed as a Fellow of the Royal Architectural Institute of Canada (RAIC). 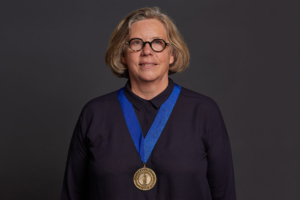 Mr. Walsom currently is the Past-Chair of the Board of Directors for the Ontario Environment Industry Association and is the co-Chair for the Excess Soils Working Group. He has recently participated in the Ontario Ministry of the Environment’s Excess Soils Engagement Group.

Mr. Walsom also currently serves on the Board of Directors for the Canadian Brownfield Network as past-President. He was proudly named the CUI 2015 “Brownfielder of the Year.” 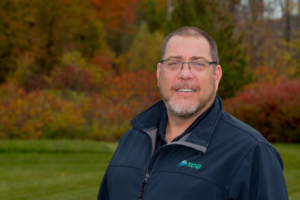 
Eric Pringle is the Managing Partner / CEO for Milestone Environmental Contracting, a Canadian remediation contractor. We’re the “cooperative” contractor. With more than 30 years of experience in the environmental and remediation industry, he leads a dedicated group that focuses on the tough assignments and excels at partnering.

As a professional engineer, Eric is well known for his extensive experience in brownfield redevelopment and environmental / remedial design solutions. Eric also serves as a senior technical peer reviewer for the entire Project Management team. Under his leadership, Milestone has experienced exponential growth, and has led to Milestone being ranked and listed as one of Canada’s 500 fastest growing company in 2019, by the Canadian Business and Maclean Magazines GROWTH 500.

Eric is also active in our community; he is past President of the Canadian Brownfields Network and past Chair of the HR MacMillan Space Centre in Vancouver. He has held leadership roles across Canada in Brownfield groups and environmental firms. He led the development of the BC Toolkit for former Service Stations; including delivery of a series of Brownfield Design Charettes for six BC municipalities with the BC Brownfield Renewal Strategy. He was recognized by the Canadian Urban Institute as the Brownfielder of the Year for his work.

He is responsible of several private and public accounts for environmental remediation projects and initiatives for various industries, indigenous communities, all levels of government and agencies throughout Canada. He is Director for serval Indigenous joint ventures with Milestone. He served as a member of the BC Ministry of Environment task force on soil relocation for large receiving sites. 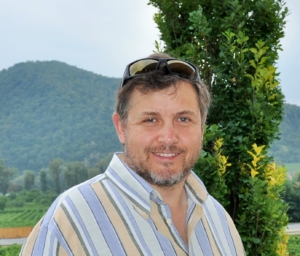 
Krista Barfoot, a Principal in Stantec’s Environmental Services group, has almost 25 years of industry experience with specific expertise in strategic contaminated sites planning, risk assessment, risk management, excess soil, and stakeholder communication. She chairs the Ontario Environmental Industry Association (ONEIA) Brownfields Committee, is an ONEIA Excess Soils Sub-Committee member, and is a member of the board of the Canadian Brownfields Network. Holding a Doctor of Philosophy (Ph.D.) from the University of Guelph, she is a Chartered Chemist (C.Chem.) per the Association of the Chemical Profession of Ontario and a Qualified Person for Risk Assessment (QPRA) under Ontario Regulation 153/04. 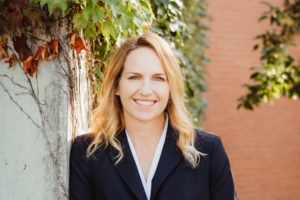 Pamela Kraft graduated from the University of Waterloo with an Honours Bachelor degree in Environmental Studies and Urban and Regional Planning in 1982. Since then, she has worked for the private and public sectors and has held various senior level positions including, Managing Director for a Brownfield developer, Vice President of Planning and Development for a residential developer/builder and is presently holding the position of Head – Property, Planning and Development at the Toronto Transit Commission. 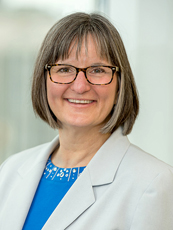 Stephanie Bohdanow has been working in the area of sustainable development for over a decade. She specializes in land use planning, brownfield redevelopment and sustainable communities. As Acting Senior Manager of the Sector Development team at FCM’s Green Municipal Fund (GMF), Stephanie oversees the design and implementation of funding programs (totalling over $700M) targeted towards reducing greenhouse gases in Canadian communities. In her former role as a Knowledge Services Advisor, she developed FCM’s Leadership in Brownfield Renewal (LiBRe) program, which earned her a HUB Award from the Canadian Brownfields Network in 2016. Stephanie holds a Bachelors degree in Environmental Science from McGill University and a Masters in Planning from Dalhousie University. 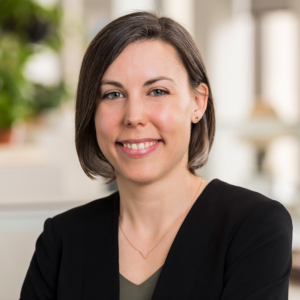 Christopher De Sousa, RPP, is a Professor in the School of Urban and Regional Planning at Ryerson University.  De Sousa’s research activities focus on various aspects of brownfields redevelopment in Canada and the United States. He is currently President of the Canadian Brownfields Network, a Steering Committee Member on the US Agency for Toxic Substances and Disease Registry (ATSDR) Brownfields/Land Reuse Health Initiative, and on the Executive Committee for Ryerson’s Center for Urban Research and Land Development. 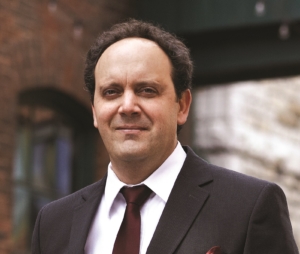 As a globally recognized real estate development professional, Carla combines the fields of real estate development and urban planning. Carla has delivered over $1 B of complex, mixed-use real estate development across Canada’s top markets over the past 20 years. Notable projects include leading the West Don Lands waterfront revitalization on Toronto’s waterfront, one of the world’s most advanced waterfront revitalization initiatives. Carla has been awarded the prestigious Urban Land Institutes Top 40 Under 40 Global Land Use Professionals Award, as well as Business in Vancouver’s Top 40 Under 40 Award. Carla is the Founder and CEO of Purpose Driven Development and Planning, a company which brings a proven approach to unlocking successful development in our complex urban environments for developers, public sector and First Nations clients to create communities where we can all thrive.

Carla a recently appointed Board Member to the Thames Estuary Growth Board helping to lead the revitalization of the world-famous Thames River and the largest growth opportunity in the UK. Locally she  also serves on several boards including the British Columbia Pavilion Corporation and Gitga’at First Nation Economic Development. Carla is an international thought leader and speaker on innovative approaches to development and city building. 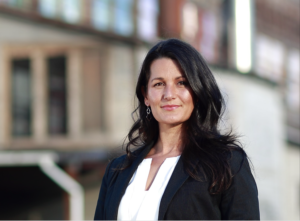 Director of Soil and Groundwater Management and Brownfield Approvals at Waterfront Toronto with over 25 years of experience in environmental consulting, risk assessment and remediation.  She has conducted research and development on new and emerging technologies through bench and pilot studies and she has completed and managed property assessments, peer reviews, compliance and environmental management systems evaluations, risk assessments, and contaminant investigation and remediation projects at many public and private sector properties.  Meggen is currently guiding the environmental requirements and environmental risk management for the Port Lands flood protection project in Toronto’s waterfront. 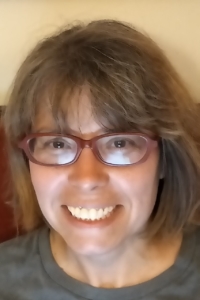